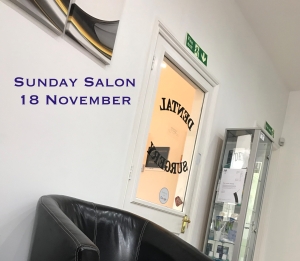 Here we are again with another quick review of my week in reading and other stuff as needed.

Global Crisis by Geoffrey Parker – war, catastrophe and climate change in the 17th century; I bought this as a gift for the Book God a couple of years ago but it is an enormous tome so treated myself to the Kindle version to make reading easier. Extremely interesting so far.

Bestial by Harold Schechter – from social outcast to necrophile and murderer – his appalling crimes stunned an era. This starts off in 1920s San Francisco and goes rapidly downhill from there. I’m fascinated by true crime (as most of you will have noticed I’m sure) and this story came up while I was listening to an old episode of My Favourite Murder (a brilliant podcast) so I dug this out from the virtual stacks.

Only one, The Bullet Journal Method by Ryder Carroll – a strong refresher for the planning method I use these days. Lots to think about.

Things should start to get quiet as the pre-Christmas book-buying embargo sets in once wish lists have ben exchanged. I have made my list, checked it twice and will be handing it over later today.

Hope you have a great reading week!